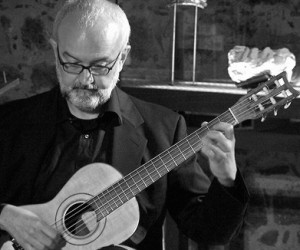 Francesco Biraghi, Milanese, was first a student of Antonio Barbieri and then of Ruggero Chiesa at the Conservatory of Milan. He attended master classes with Oscar Ghiglia and Hopkinson Smith. Even before finishing his studies, he started an articulated concert career, especially in chamber ensembles, which led him to perform in hundreds of concerts in about fifty countries. During this activity, he has made radio and television recordings and has held seminars and conferences.

Since 1986 he has been a regular contributor to the specialized magazine "Il Fronimo", and has signed numerous notes to concert and discographic programs. He has long collaborated with the channel "Classica" of Sky TV, appearing on video as a presenter of musical programs. He is part of the Scientific Committee of the Guitar Convention of Alessandria, where he has played for years the role of conductor of the conference and presenter of the final of the Pittaluga Competition. He holds summer cours es of interpretation and is often invited as a juror in national and international guitar competitions. On the discographic front, he has ten CDs to his credit.

His current concert activity takes place mainly with the Classico Terzetto Italiano (flute, violin or viola and guitar with historical instruments) and in a guitar Duo with Sara Collodel, and is directed especially to the revaluation of the original chamber guitar repertoire, both of the nineteenth and twentieth century. Since 1982 Francesco Biraghi has been teaching guitar in the Italian Conservatories and since 2001 at the Conservatorio "Giuseppe Verdi" in Milan, where he holds historical courses on guitar literature and tractography. He plays a splendid Ramirez "del Vino" guitar.