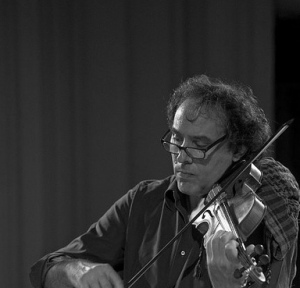 Carlo De Martini, a violinist trained in Milan - a pupil of the Civica Scuola - and in Salzburg (Sandor Végh's school), was a member of the Stormy Six, a progressive and popular rock group in the '70s, and came to conducting through the long activity of concertmaster of the Chamber Orchestra "Il Quartettone", founded in Milan in 1987, and the invitations he received from many Italian orchestras in the following years.

As conductor of "Il Quartettone" and violinist i n the quartet "Le Ricordanze" he has recorded numerous CDs dedicated to Bartok, Boccherini, Cambini, Mozart, collaborating among others with Mario Brunello and Giuliano Carmignola.

He has long collaborated with As.Li.Co. conducting between 1997 and '99 three productions for Opera Domani, a project for schools, and Mozart's operas "Flauto Magico", "Clemenza di Tito" and "Idomeneo" for the Circuito Regionale Lombardo between 1999 and 2004.
A scholar of ancient instrumental practice, he has played with Laura Alvini and Roberto Gini, with the Ensemble Aglaia, and with Harmonices Mundi.

He currently plays in the enlarged formation of Giardino Armonicofrequently collaborates with La Gaia Scienza, and since 2005 has been a member of the Classico Terzetto Italiano, founded together with flutist Ubaldo Rosso and guitarist Francesco Biraghi, with whom he has recorded trios by J. Kreutzer.

Carlo De Martini has been invited to many editions of the Open Chamber Music meetings, founded by Sandor Vègh in Cornwall, and is currently a member of the Artistic Committee of the Festival der Zukunft in Ernen, Switzerland, created in 1987 by Gyorgy Sebok, in which he has participated since the first edition.

Since 1981 he has been teaching violin at the Civica Scuola di Musica in Milan,, where he has formed and directed since 1991 the youth orchestra dedicated to the students of the first courses. For several years he has held campuses and summer courses for individual and orchestral training.